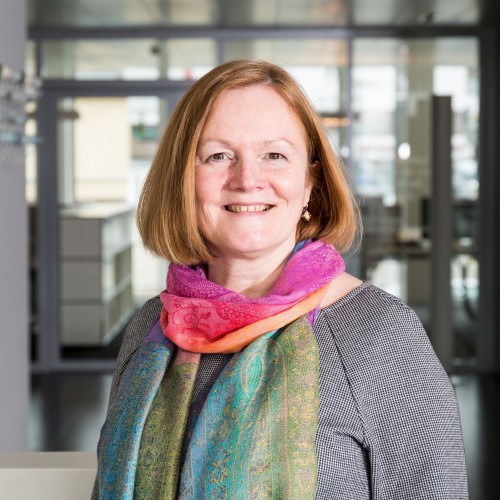 What images come to mind when you think of the word ‘mime’? – human statues as tourist attractions along a busy pedestrian thoroughfare, a dusty theatre in some lonely back street, or yawning boredom amongst the audience in half-emptyvenues? The World Mime Organisation serves to dispel such prejudices. Founded in 2004 by the Serbian mime Marko Stojanović and his Israeli colleague Ofer Blum, the organisation invited guests to the first World Mime Conference in Belgrade from 21 to 23 March 2018.

Marko Stojanović, President of the World Mime Organisation, welcomes guests from around the world

The two founders have long dreamed of bringing together in one place the stage artists of mime and physical theatre, as well as their training establishments and institutions from all the corners of the world. For the date of the first gathering of mime artists, they selected World Mime Day on 22 March, which is also the birthday of the world’s most renowned mime, Marcel Marceau. Over 70 participants from 21 countries accepted the invitation to Belgrade – some of them ‘attending’ via live stream on Skype.

A voice for the silent sounds of mime

In his address, Vice President Ofer Blum succinctly summarised the reason for organising the gathering:

“We want to free the art of mime from the stigma of antiquation and highlight the inherent potential of this art form.” (Ofer Blum)

Joining the event live from Hunter College New York, Professor of Theatre Mira Felner confirmed his diagnosis: a survey of the new students at Hunter College revealed that only one of them – a foreign student from France – knew the name of the world’s most famous mime, Marcel Marceau. It is high time to change this state of affairs.

The participants at the World Mime Conference came from Northern, Western and Eastern Europe, from the USA, Colombia, Brazil, Japan, China, Bangladesh and Sri Lanka. A considerable number came from Serbia, where the local organiser Marko Stojanović has established and maintained his network over many years. Alongside the annual awards ceremony for outstanding services to the world of mime, participants also enjoyed a densely-packed programme. The boundaries of mime were explored and eagerly discussed. Even if there was some disagreement as to where mime stops and modern dance begins, there is one thing the participants were all in agreement with – that mime has evolved and has the power to achieve more than is commonly assumed.

Since its earliest days, the World Mime Organisation has bestowed awards for outstanding services to the world of mime. This year there were no fewer than five awards, which went to stage artists and institutions. One such award was received by the Spanish mime Carlos Martínez, who is also popular in Switzerland’s small theatre scene and has been touring the world’s stages with his solo programmes for the best part of four decades. 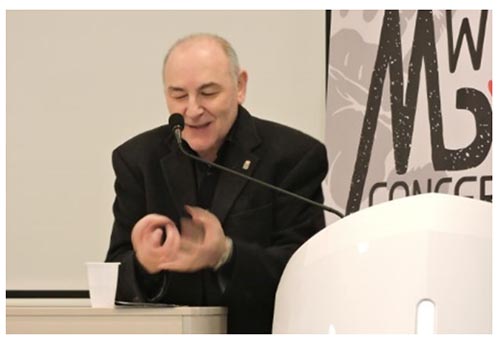 The other winners included: 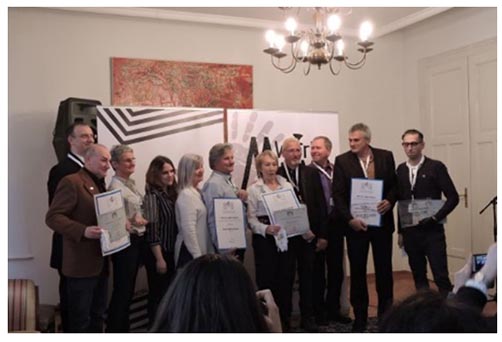 Beyond the stage, mime is also a great tool of inclusiveness for disadvantaged or physically disabled people. Working with one’s body, the shared experience, and standing on stage all help to boost the participants’ self-confidence. For obvious reasons, the art of mime is especially popular among the hearing-impaired community. Lepa Petrović, Director of the School for the Deaf in Belgrade, Julijana Lekić from the Serbian Association of Sign-Language Interpreters, and the deaf mime Ivan Beader reported on mime projects carried out by hearing-impaired people. There was particular interest in implementing communal stage projects with hearing-impaired and non-hearing-impaired people – finally on an equal footing. The mime Nemo from Germany in turn reported on his project Mime Art for Life, which uses workshops in the townships of South Africa to boost young people’s self-confidence and takes them on tour. Nemo also works with organisations for the disabled:

“It requires plenty of patience. But if I manage to obtain even a brief insight into the world of an autist, I feel very enriched.” (Nemo alias Wolfgang Neuhausen)

As a dance and movement therapist, Miodrag Kastratović works with paraplegics and people with physical disabilities. He has been involved in the organising of Paradance championships for many years. After 35 years in this field, it was only after his meeting with the founder of the World Mime Organisation that he realised that what he practises is not dance but mime. He is convinced – and his successful therapies prove him right: “Mime is better than any medicine.”

Other talks and presentations highlighted the artistic aspect of mime within the following topics: 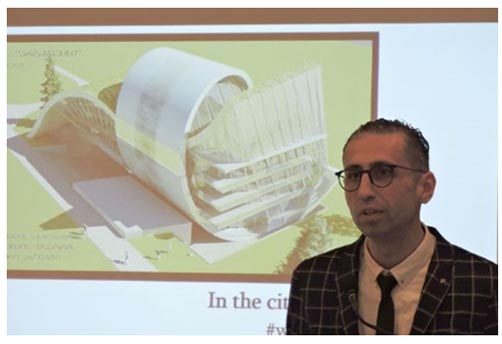 At the conference, attention was also paid to learning and implementation. Veteran masters of the mime scene were in attendance to provide insights into their work – people such as Yoram Boker, who continues to teach at the university in Tel Aviv despite being advanced in years, and Ella Jaroszewicz, the widow of Marcel Marceau and former member of the Tomaszewski troupe. In 1974, she opened her own training institute for physical theatre in Paris. 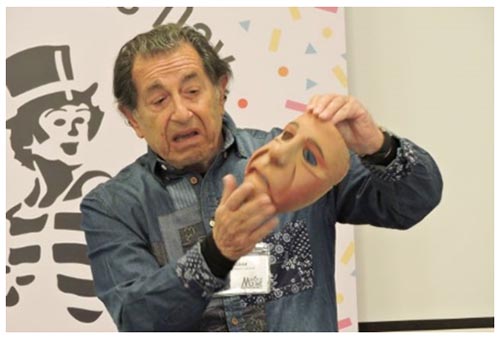 YoramBoker from Tel Aviv explains the use of masks 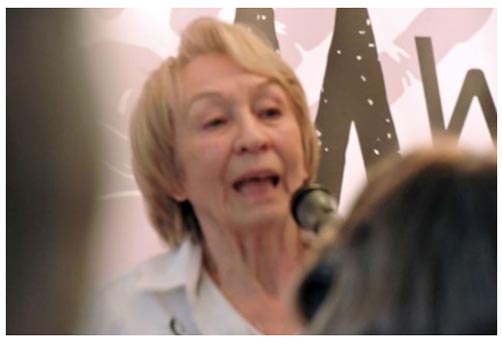 Another master of physical theatre was in attendance in Belgrade, namely Stanislaw Brosowski – another former student of Tomaszewski. Brosowski teaches at the Stockholm University of the Arts and helps aspiring actors to use not only their voices but also their bodies on stage.

The conference was rounded off with a junior talent competition and practical workshops.

Looking back – looking towards the future?

It is impossible to do justice to every talk and performance in a review of these densely-packed three days. What remains is amazement at the diversity of the universal art form that is mime, and at how many places around the world it is still practised at the highest level.

In contrast to the famous French mimes such as Jacques Lecoq, Etienne Decroux and Marcel Marceau, or the Polish mime artist Henryk Tomaszewski, who were celebrated like stars in the first half of the twentieth century, mime today has been eclipsed by modern theatre and entertainment comedy. The mimes of that era provided a counterpoint to the age in which they lived: against the backdrop of social tensions, war rhetoric and decadence, they expressed the silent, humane emotions. Where words had no impact or were even banned, mime appealed to people’s common humanity. Will mime manage to reclaim this role in the present day? The gathering at the World Mime Conference might have broken the ground in this endeavour.

Link to the original blogpost in German: https://www.phil-rouge.ch/stelldichein-der-pantomimen/